Dr. Michel Gonzalez is staff thoracic surgeon and Privat-Docent at the Service of Thoracic Surgery in the University Hospital of Lausanne, Switzerland.

He completed his medical studies at the University of Geneva in 2002 and initially obtained the General Surgery Board in 2008. In 2009, he joined the service of Thoracic Surgery in Lausanne and obtained successively the Swiss Thoracic Surgery Board and the European Board of Thoracic Surgery in 2013. Since 2014, he is staff surgeon in the service of Thoracic Surgery of Lausanne. He contributed to the introduction of the program of minimal invasive surgery in 2010. He is also involved in the Lung Transplantation program. His research interests include lung and mediastinal surgery, minimal invasive thoracic surgery, enhanced recovery pathways and pulmonary metastasectomy. He recently participated to the establishment of the ERAS/ESTS guidelines. He is author or co-author of more than 100 scientific articles.

Disclosure:
The series “VATS Segmentectomy” was commissioned by the editorial office, Journal of Visualized Surgery without any sponsorship or funding. Michel Gonzalez is serving as the unpaid Guest Editor for the series. 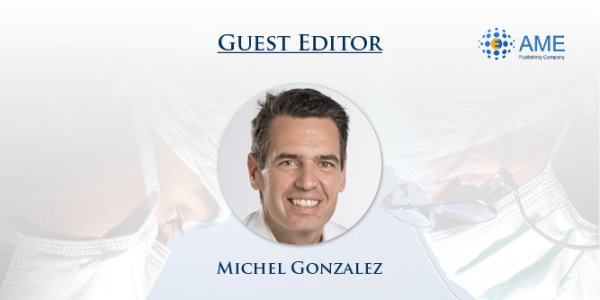