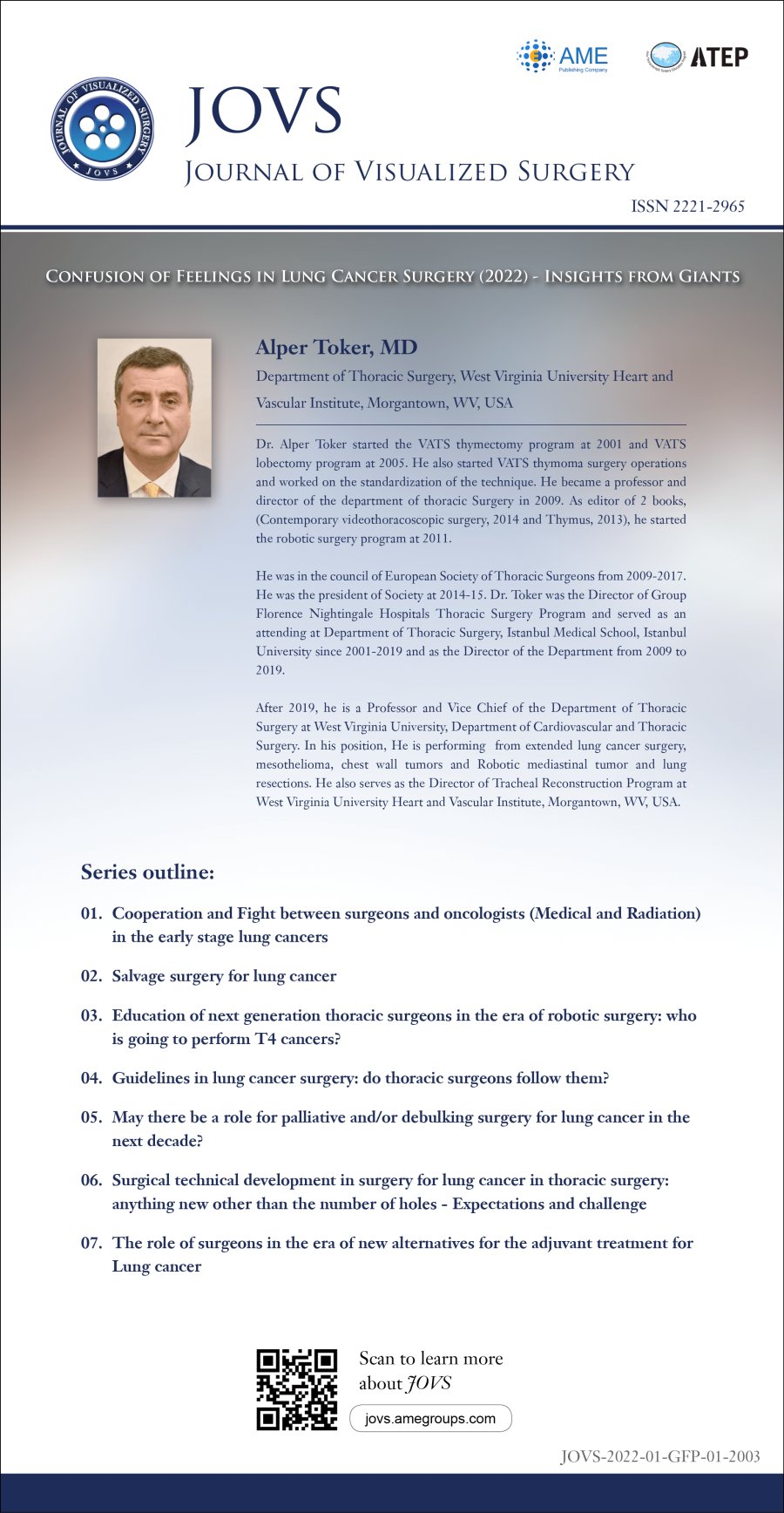 After 2019, he is a Professor and Vice Chief of the Department of Thoracic Surgery at West Virginia University, Department of Cardiovascular and Thoracic Surgery. In his position, He is performing from extended lung cancer surgery, mesothelioma, chest wall tumors and Robotic mediastinal tumor and lung resections. He also serves as the Director of Tracheal Reconstruction Program at West Virginia University Heart and Vascular Institute, Morgantown, WV, USA.

Disclosure:
The series “Confusion of Feelings in Lung Cancer Surgery (2022) - Insights from Giants” was commissioned by the editorial office, Journal of Visualized Surgery without any sponsorship or funding. Alper Toker is serving as the unpaid Guest Editor for the series.