A 50-year-old male, smoker, cough for a month, an irregular shaped mass located at left lower lobe (Figure 1). The patient was treated for chronic pulmonary inflammation with antibiotic orally. Over 2 weeks, his symptoms persisted, and mycosis was diagnosed by bronchoalveolar lavage fluid, with no other comorbidities. 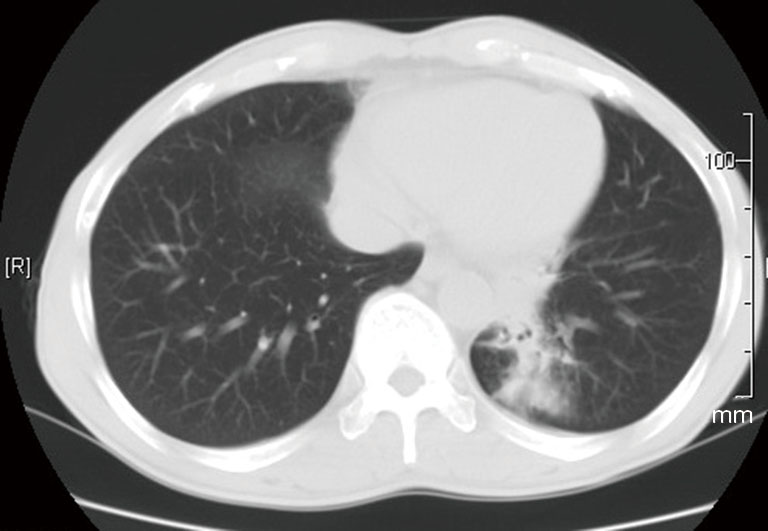 Figure 1 A mass located at the left lower lobe.

The patient received general anesthesia with dual-lumen endotracheal intubation and positioned in the lateral decubitus position. Two incisions were then made at the 7th intercostal space of the midaxillary line as observing hole and the 4th intercostal space in the anterior position for utility respectively. We used a mastoid retractor to keep the incision open. The lesion was confirmed in the lower lobe and the fissure was fused.

The surgical procedure of lobectomy was then carried out. We released the inferior pulmonary ligament to bring enough mobility as the first step, followed by the dissected of the posterior and anterior wall of the hilum. Surgery was then followed by mobilization and transection of the left lower pulmonary vein using stapler.

Lymph nodes were identified against the bronchus and adhered to the artery. We carefully separated the lymph nodes from the externa to facilitate the transection. The bronchus was encircled and then divided. The electrocautery was used to divide the artery. We used a long curved suction to oppress the lymph nodes in assistance. Completely dissection of lymph nodes was not required unless the safe interspace for transaction is insufficient. The blood loss and distraction of procedure were caused by partial resection of lymph nodes, although a complete and en bloc resection was not an important aspect for the operation accomplishment and the prognosis in benign disease.

The fissure was divided and stapled. The lobe was completely disconnected. The specimen was then removed in a glove (Figure 2). 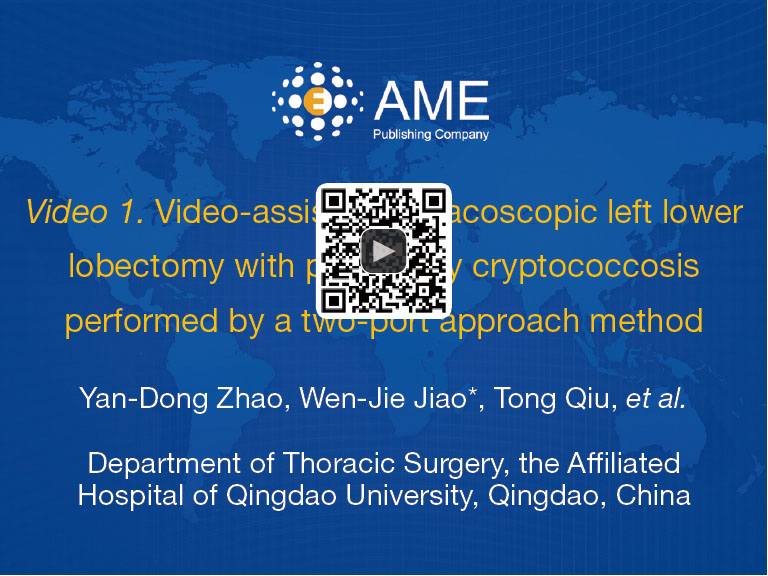 Postoperative chest X-rays showed no signs of atelectasis. And the chest tube was removed on the 3rd postoperative day. The patient was discharged on the 5th postoperative day with no complication. A pulmonary cryptococcosis was revealed in pathological examination. Postoperative antifungal treatment is strongly recommended and should be sufficient. We suggest the patient to follow-up once every 3 months.

Benign pulmonary occupying lesion could occur in all populations and most frequently in immunocompromised hosts or diabetes mellitus (2). The clinical presentation is usually varied. Untreated patients frequently develop a chronic inflammation or severe damage in respiratory function. Especially in some mycosis, fungal sepsis or hemoptysis and rapid failure of respiration could happen (3).

The role of surgical resection in benign disease for preventing systemic diffusion, and reducing the mortality has been confirmed. Postoperative complications are rare. Surgical resection can provide a long disease-free survival for those patients (3-5).

The patient in this report had significant parenchymal disease: a central lesion located in the left lower lobe with a size of at least 3 cm. The video-assisted thoracic surgery (VATS) technique in two-port method using endoscopic staplers permitted complete lobectomy and avoided prolonged air leaks.

The procedure of lobectomy has routinely described in benign disease, however, the treatment of lymph nodes is still not clearly identified in VATS. Benign lymphadenopathy mainly represent as firmly adherence, calcification and clustering for chronic inflammation, which make lots of troubles in surgery (6,7). In our experience, dissection or dissociation should be carefully performed to assist a safe transaction of vessel. We use the long curved suction apparatus to oppress the lymph nodes so that the cautery can get enough and safe interspace. The en bloc resection of lymph nodes is not necessary unless partial resection causing an apparent blood loss.