Erectile dysfunction (ED) and stress urinary incontinence (SUI) are common iatrogenic problems in patients post prostatectomy. According to one study, only 22% of men experience erections firm enough for intercourse at 24 months, and 10% experience frequent urinary leakage or no urinary control, which often deteriorates with time (1).

Additionally, ED and SUI comprise two quality-of-life factors that affect a patient’s decision to delay surgery, as well as patient’s overall long-term satisfaction with the surgery (2,3).

The gold standard for treatment of ED and SUI is the surgical implantation of an inflatable penile prosthesis (IPP) and artificial urinary sphincter (AUS), respectively. Both devices have been shown to dramatically improve patients’ quality of life (4,5). Despite post-prostatectomy patients often presenting for evaluation of both ED and SUI, the simultaneous implantation of both devices remains relatively infrequent and the surgery is primarily limited to a small number of high-volume surgeons.

Previous literature suggested that dual implantation led to an increased rate of infection and mechanical failure; however, more up-to-date data demonstrate that, with the new and advanced antibiotic-coated devices, infection rates are the same as documented for single prosthetic implantation (6). Given the significant savings in time, cost, and convenience to the patient, synchronous dual-implantation can be considered for patients who would benefit from both IPP and AUS placement.

In this article, we offer our technique for simultaneous placement of an AUS and an IPP, with special attention given to the management of potential pitfalls. In trained hands, we believe this to be a safe and efficacious way to manage concomitant ED and SUI in appropriately selected patients, while limiting anesthetic exposure. 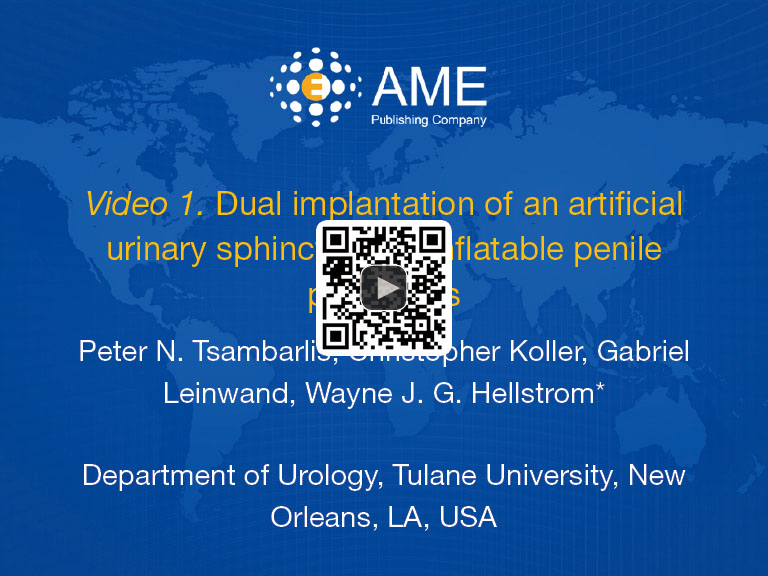 When considering simultaneous placement of an IPP and AUS, patient selection is of utmost importance. At our institution, we follow the same strict criteria for dual implantation that is followed for either AUS or IPP placement alone. Diabetic patients are delayed until there is a decrease in their hemoglobin A1c to a level of 7 or lower. A negative preoperative urine culture is mandatory.

It is critical that the physical exam is done in the supine position to determine the approach. If the same location on the bulbar urethra is palpable from a penoscrotal approach and a perineal approach, the patient may be a good candidate for a single incision dual implant. This examination should be repeated at the time of surgery to verify this approach. Performing a perineal AUS followed by a penoscrotal or infrapubic IPP is a reasonable alternative to a single incision dual implantation, as it uses a counter incision to place the pressure-regulating balloon (PRB).

The patient is then prepped and draped in the usual sterile fashion for prosthetics cases. We administer perioperative antibiotics in accordance with the AUA Best Practices Statement (8). A 12-French Foley catheter is placed to identify the urethra without affecting the circumferential measurement later in the case. A transverse incision is made just below the penoscrotal junction, and a Scott retractor is positioned to optimize exposure for the remainder of the procedure (see Figure 2). The urethra is then dissected out using a combination of sharp and blunt dissection, with the surgeon targeting the most proximal aspect of the urethra he or she can access. If dissection proves to be difficult (secondary to a large amount of tissue between the skin and the urethra), a Babcock clamp can be placed around the urethra, using the Foley catheter as guidance, to aid in the urethral dissection. A peanut can be used to atraumatically dissect the posterior aspect of the urethra. If there is any concern for an injury to a posterior urethra, a retrograde urethrogram or a cystoscopy is performed. In the event that a urethral injury is identified, the prosthetic case is aborted. 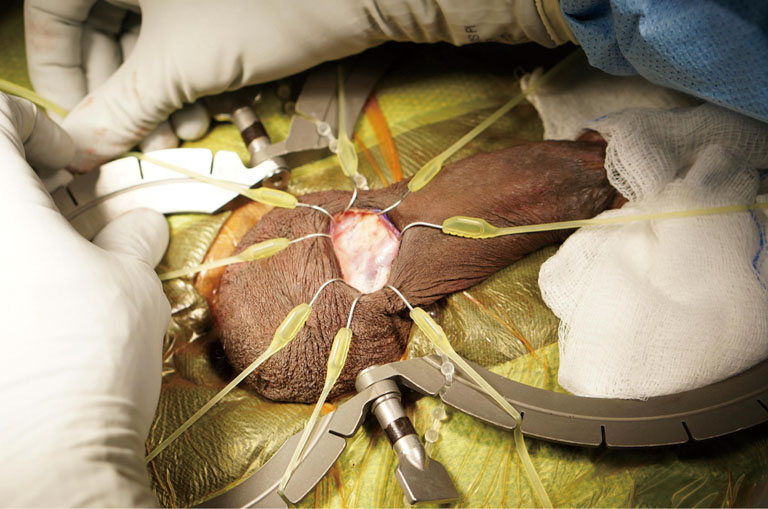 Figure 2 Hook positioning for placement of the artificial urinary sphincter.

Once a right-angle clamp can safely pass around the posterior aspect of the urethra, the measuring tape is used to measure the circumference of the urethra. In the interest of efficiency, the PRB can be placed while the cuff is being prepared.

After confirmatory emptying of the bladder, the surgeon tracks up the inguinal canal and then pierces through the medial floor of the canal just superior to the pubic bone. For the PRB, this is conventionally done on the patient’s right side, with the opening made only large enough to fit the deflated balloon. If the defect is too large, there is a chance of PRB herniation. If this is a concern, a counter incision can be utilized with securing sutures to minimize this risk. Once the PRB is positioned, it is filled with 23–26 cc of fluid and clamped with a shod. Be aware that backpressure is expected when using a PRB.

Attention is then turned to the scrotal pump, which is first secured to the PRB and the cuff using the quick connect system provided by the manufacturer. A sub-dartos scrotal pouch is then created digitally in a superficial and dependent location. The pump is navigated into the space and secured by placing a Babcock clamp on the tubing. The pump is then further secured with interrupted absorbable purse-string suture. The incision is then closed in layers to cover all components of the AUS (Figure 3). 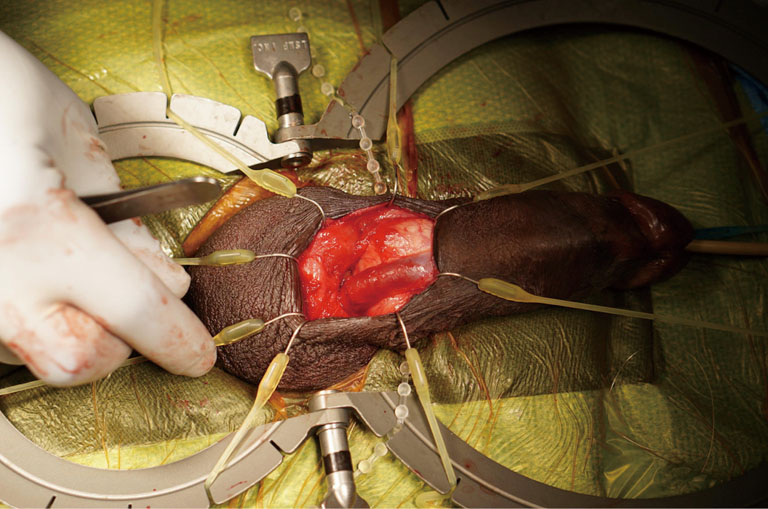 Figure 3 Layered closure with complete coverage of all components of the artificial urinary sphincter.

Without closing the skin, the Scott retractor is positioned towards the penis for placement of the penile prosthesis (Figure 4). Once the ventral corpora are dissected bilaterally, two sets of 2-0 absorbable sutures are placed medially and laterally on each corpus. The second set of stay sutures is placed proximal to the first (total of eight stay sutures placed). 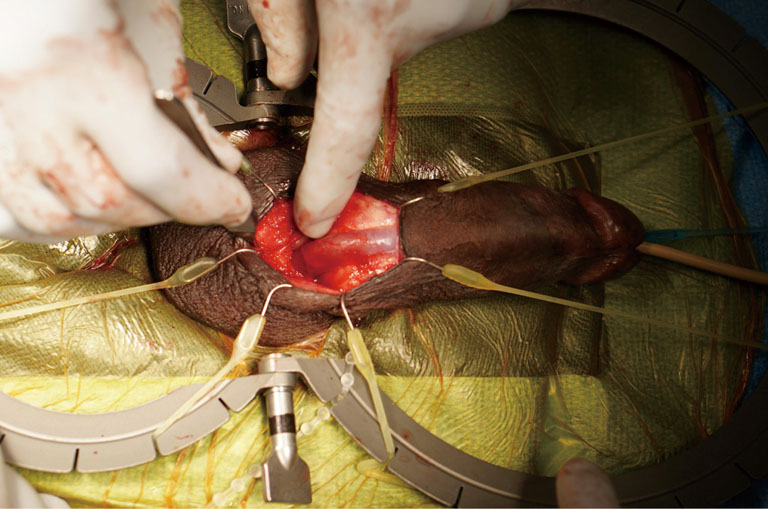 Figure 4 Hooks repositioned for placement of the inflatable penile prosthesis.

The corporotomy incisions are then made between the stay sutures, and the intracorporal space is dilated sequentially from 10 to 14 mm. Each corpus is individually measured proximally and distally in order to size the device properly. Once the cylinder optimal length is determined, attention is turned to the reservoir. If there is a significant discrepancy (>1 cm) between the left and right side, crossover or perforation should be suspected and assessed by performing a “field goal post” test proximally and distally, with a dilator in each corpus. The dilator should be oriented parallel to one another and be of similar length.

The reservoir is ideally placed on the side opposite (left) the PRB. A similar approach is taken for the prosthesis reservoir. Again, a puncture is made in the transversalis fascia (usually with Mayo scissors), and the reservoir is navigated into that space digitally. The reservoir is then filled with the appropriate amount of injectable saline, which is determined by the size and model of the penile prosthesis. In the case of the prosthetic reservoir, backpressure is not expected when it is positioned correctly.

A surrogate reservoir (60 cc syringe) is then used to fill the cylinders with saline to assess the device for cosmetic result, glanular support, symmetry, and curvature. If undiagnosed Peyronie’s disease is identified, straightening maneuvers can be performed; however, this is outside of the scope of this review. The cylinders are then deflated, and once the positioning is deemed adequate, the corporotomies are closed by tying the previously placed stay sutures over the incision in an interrupted fashion from the most distal to the most proximal.

The reservoir is then connected to the cylinders and pump using the connection system provided by the manufacturer. A space is then made digitally in a posterior and dependent location. The scrotum is everted, and the pump navigated into the newly created pouch. Again, the pump is secured by placing a single absorbable suture (Figure 5). The incision is then closed in layers and the skin covered with skin glue. Xeroform™ gauze (Cardinal Health, Dublin, OH, USA) is placed over the incision, and the shaft of the penis is wrapped in a compressive dressing. A Kerlix™ (Cardinal Health, Dublin, OH, USA) dressing is then placed around the scrotum and penis. 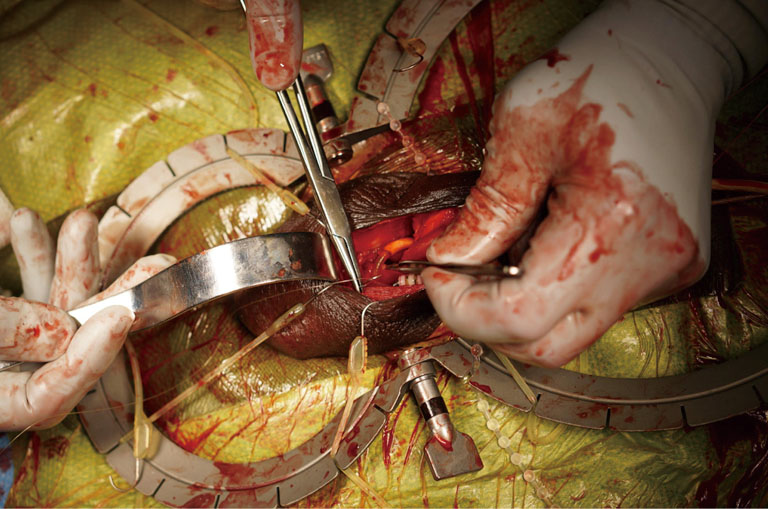 Figure 5 Penile prosthesis pump being secured. Note the tissue between the tubing being included in the anchoring suture.

Patients are sent home or kept in the hospital overnight as outpatients for intravenous (IV) antibiotics. The Foley catheter is removed on the following morning, and the devices are activated in a staged fashion starting 5 to 6 weeks after surgery.

ED and urinary incontinence often occur in tandem. In recent years, there have been multiple studies of dual implants in a single operative setting. There has been some concern that dual implantation may increase the rate of infection; however, no increased rates of adverse events, erosion, malfunction or infection in a single operation dual implant has been documented (9). One series on dual synchronous implantation using two incisions demonstrated a higher rate of reoperation (0.98 per patient) with 11% of patients suffering erosion or infection, using older prosthesis models (10) Kendirci et al. demonstrated a revision rate of only 14% with two patients of 17 suffering from cuff erosion (11). Rolle et al. performed the synchronous procedures through a single scrotal incision and had only one infection; this was after an endoscopic procedure on a patient who had undergone simultaneous dual implant (12). One of the most extensive retrospective studies comparing single implant of AUS or IPP compared to synchronous dual implant showed no increased peri-operative infection rates or decreased device survival (13). Single setting for dual implantation has also been shown to reduce overall operative time and cost (14). The outcomes concerning patient satisfaction rival that of each procedure individually, with most patients preferring a single operation (11,15).

Simultaneous implantation of an IPP and an AUS is a safe and effective management strategy for men with concomitant ED and SUI. While this procedure is more complex than a staged approach, our experience and a review of the literature has not revealed the complication rate to be any higher. Thus, in experienced hands, dual implantation is a safe approach with the added benefit of limiting anesthetic exposure.

Ethical Statement: The authors are accountable for all aspects of the work in ensuring that questions related to the accuracy or integrity of any part of the work are appropriately investigated and resolved. At the time the surgical consent was obtained, the patient also gave consent for photography and videography for educational purpose.