Gastrointestinal stromal tumors (GIST) are very infrequent neoplasms of the gastrointestinal tract (1), most commonly located in the stomach and small intestine (2). Because of the rising incidence of these tumors (3), a wide array of surgical approaches for diverse scenarios of this disease are currently being explored.

The biologic behavior of GIST is that of an expansive growth rather than infiltrative and lymphatic invasion is rare (4). For this reason, the surgeon can perform a curative and safe surgery with a wedge resection. Oncologic outcomes are proven to be equal to open surgery with the intrinsic benefits of minimally-invasive approaches (5,6).

For tumors restricted to the stomach, the open approach has been for decades the standard technique for resection (3,7). In the last decade, laparoscopic surgery has gained acceptance for the treatment of GIST; initially limited to small tumors according to ESMO, NCCN guidelines (8-10) and more recently for larger tumors. Nowadays, NCCN Guidelines consider that laparoscopic resection should be offered in favorable locations (anterior wall, greater curvature of the stomach) and performed by experienced surgeons (3).

Ongoing evidence is demonstrating the role of minimally invasive surgery with lager tumor sizes (11-13) and unfavorable locations. Privette et al. proposed a practical classification for GISTs located in the stomach, those in the fundus are type I, those mainly in the antrum are type II and those near the esophagogastric junction are type III (14). Small GISTs in the latter have different techniques for local resection such as: intragastric, transgastric, combined endoscopic-laparoscopic in order to preserve function and oncological principles.

In the presence of a tumor located near the esophagogastric junction and specially those located in the posterior wall of the fundus a proximal gastrectomy [e.g., Merendino-Dillard procedure (15)] is usually indicated.

A laparoscopic approach, especially for those neoplasms located in the posterior wall adjacent to the EGJ is presented. The aim of this technique is to provide a simplified method that provides good oncologic and functional outcomes.

With the patient lying supine, the surgeon stands to the right of the patient and the assistant to the surgeon’s right. The monitor is placed to the left shoulder of the patient. Closed pneumoperitoneum is started through the umbilicus, pressure is set at 12 mmHg. After this the position is set 20º head-up tilt and 15º right rotation in order to achieve a wide intra-abdominal workspace. A 10-mm trocar is inserted through the umbilicus (T1) and a 30º scope is introduced and diagnostic laparoscopy can be performed. T2 is placed in the right upper quadrant, T3 in the left upper quadrant and T4 in the sub-xiphoid region (Figure 1). T2 and T4 are used with the left hand and T3 for the right hand. If assistance is required the surgeon can use T2 and T4 and the assistant uses T3. 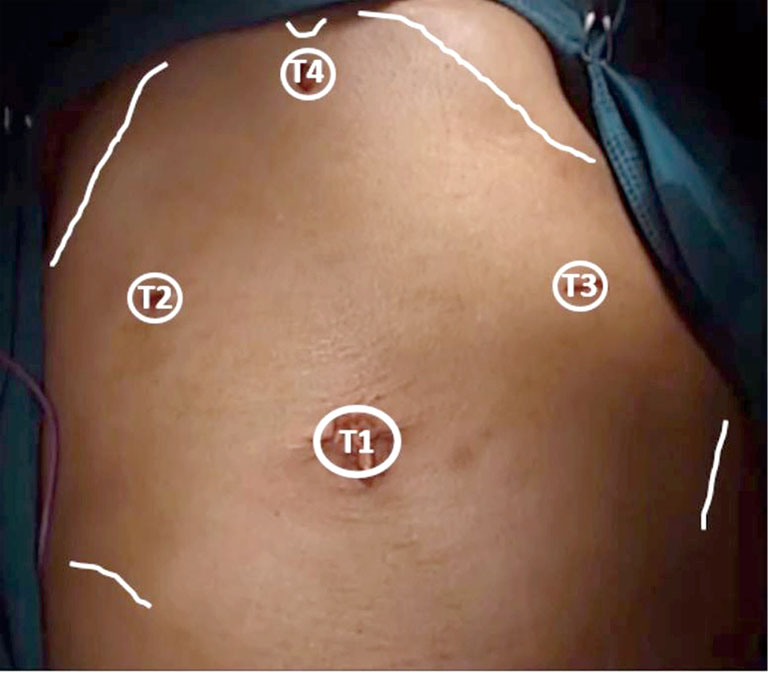 After diagnostic laparoscopy, the stomach is inspected to confirm the exact position of the tumor. The surgeon’s left hand grasps the anterior gastric wall to expose the gastrocolic ligament and starts its division at the level of the gastroepiploic artery which is divided with a vessel sealer. Alternatively, ultrasonic or other bipolar shears can be used.

The dissection goes along the greater curvature by dividing the short gastric vessels exposing the posterior gastric wall. Once the tumor is visualized much care is taken in order to avoid direct manipulation and eventual capsule disruption. Traction must always be applied to the normal gastric wall (Figure 2). For complete freeing of the posterior wall of the gastric fundus, the surgeon’s left hand switches to T3 for direct approach of the phrenogastric ligament and the posterior gastric vessels which are severed preventing tumor manipulation. During dissection special care should be taken to avoid entering the splenic hilum or tearing the spleen capsule. 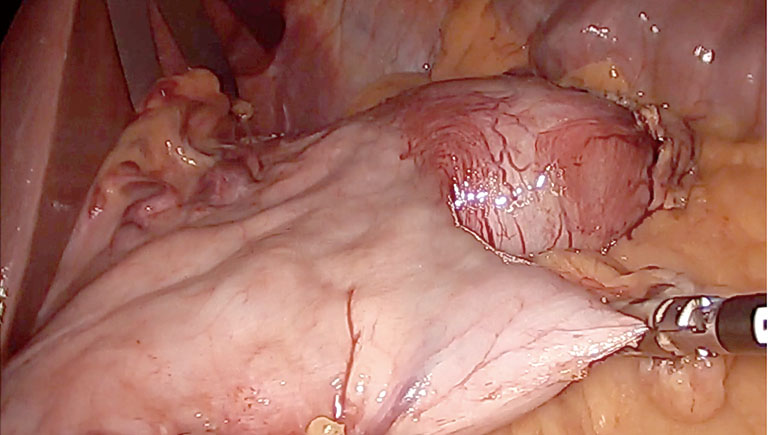 Figure 2 Non-tumoral tissue is grasped during the procedure to avoid tumoral rupture.

When complete mobilization of the fundus is achieved, one of the 5-mm trocar (either T3 or T4) are changed to a 12-mm to introduce the 60 mm endoscopic linear stapler. For the first patient the sub xiphoid trocar (T3) was used for direct insertion of the stapler 1 or 2 cm at the left of the angle of Hiss to prevent narrowing the cardia (Figure 3). Two 60-mm cartridges were needed to complete the wedge resection from top to bottom. The stapled line in the stomach is inspected for adequate closure and hemostasis. No endoscopic control was needed. The specimen is retrieved in an endoscopic bag through the enlarged incision (less than 5 cm) at T1. In the second patient, T4 was selected for the insertion of the linear stapler and the tumor was resected from bottom to top (Figure 4). In both cases resection margins of more than 1 cm were obtained. The 12-mm and the enlarged incisions were closed using 1/0 polyglycolic acid (Figure 5). 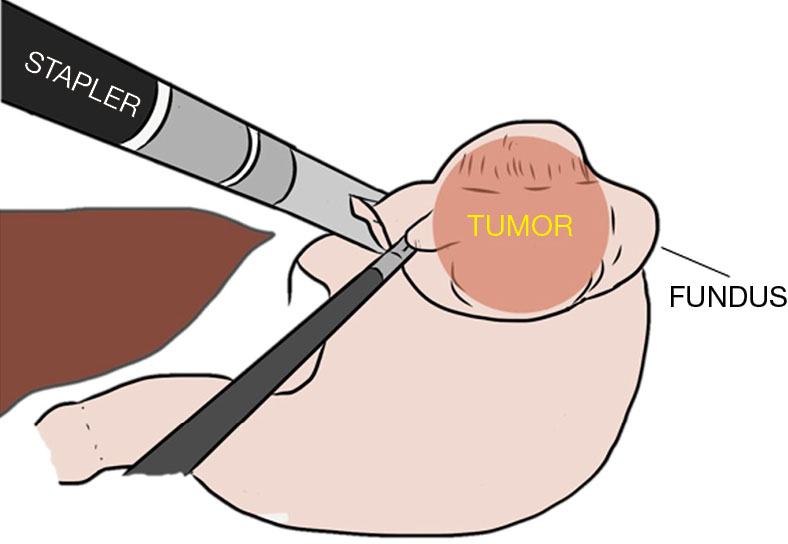 Figure 3 “Top to bottom” use of stapler through (T4). Resection margin is assured under direct vision and the tumor is rotated upfront. 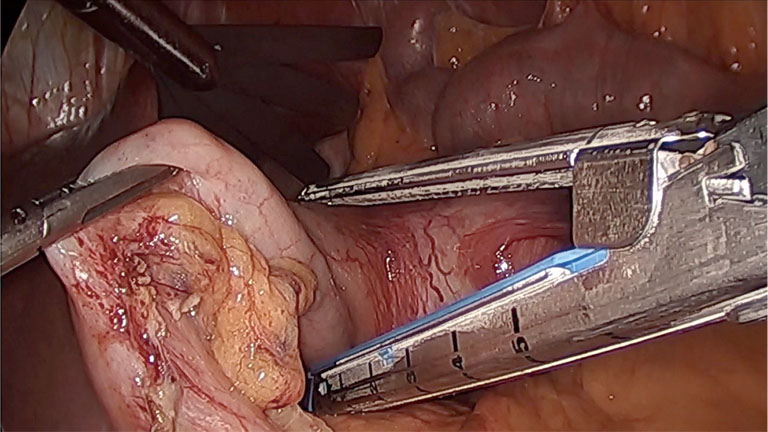 Figure 4 “Bottom to top” use of stapler through (T3). Resection margin is always checked under direct vision. 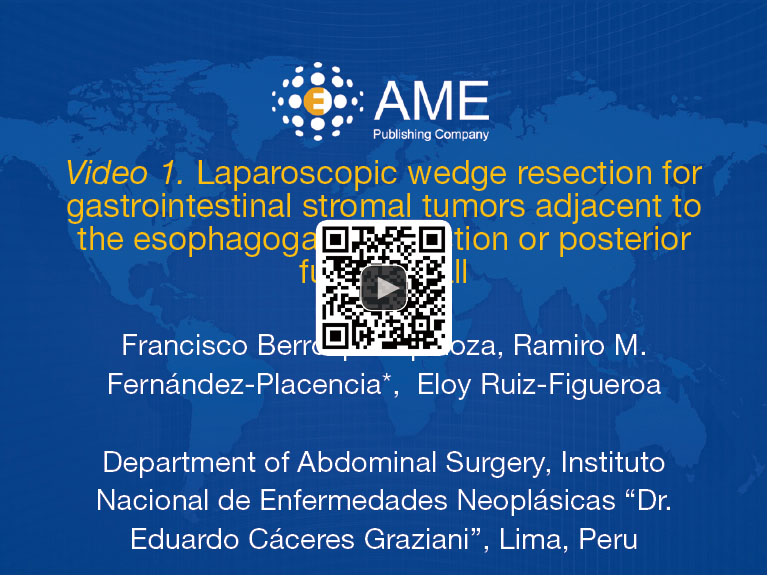 Figure 5 Laparoscopic wedge resection for gastrointestinal stromal tumors adjacent to the esophagogastric junction or posterior fundus wall (16). A simplified method with selective dissection of the upper third of the stomach. Available online: http://www.asvide.com/article/view/28173

This paper shows a novel operative technique for GISTs located near the EGJ according to the classification of Privette et al. (14), this laparoscopic approach for type I and type III lesions preserves the organ and function through a wedge resection. Both types were located near the EGJ.

There are various techniques for the surgical treatment of GISTs, from cooperative approaches which are described in the literature (17), including intragastric resection (18,19), some of them require sophisticated equipment (20).

Reported laparoscopic techniques for this specific location are few, may be due to the complex location and this undoubtedly requires the best oncologic result with anatomic and functional preservation. This selective mobilization of the stomach has less use of trocars and dissection is made along the greater curvature which is important to provide adequate perfusion of the organ besides the requirements presented above. Counter-clockwise fundic rotation may ease the stapler use with even less manipulation of the tumor. This fundic rotation is opposite to the technique presented by Matsui et al. (21). Our technique is similar to that proposed by Maker (22) in terms of counter-clockwise rotation but there is lesser need of ports and staplers; likewise there was not endoscopic cooperation or traction sutures. Kiyozaki et al. propose the use of lifting stitches as well with less number of ports (23), currently a three-port technique is under development with lifting of the liver for better exposure.

Surgical treatments for GISTs in unfavorable locations must be continuously developed in order to achieve the best oncologic and functional outcomes. This technique proved to be useful in the treatment of tumors larger than 5 cm, located in the posterior wall of the fundus near the EGJ and prevented a proximal gastrectomy with adequate margins. In terms of organ function, no reflux disease or stenosis is reported and the patients have adequate nutritional status (Table 1). Moreover, this type of resection respects the oncologic principle of no-touch with no need to open the stomach and can become an option for surgeons who treat this neoplasm.

Ethical Statement: All patients gave informed consent for data according to the principles of the Helsinki Declaration. The Ethics Committee of the hospital approved the study protocol.